Video games has long established a completely erroneous image of being time-wasters that hurt players. Today’s media also sparked a part of this belief by linking violent tendencies and other social illness with the interest in gaming. Yet, there’s no solid evidence to support this misconception. Instead, there are a lot of ways that playing video games could actually improve your life.

1. It Serves as an Inspiration for Your Career
Aside from providing entertainment, playing video games can actually serve as an inspiration for your future career choices. In fact, some talented gamers go on to designing video games or playing them professionally. Both are lucrative career choices that allow people to make a living by doing things they love and bringing joy to others. Some games, such as Minecraft, are even used as an educational tool. It’s used to teach students to think outside the box, while enhancing their collaboration skills.

2. It Relieves Stress
Video games, particularly those of violent variety, actually give you better coping skills when placed in stressful situations. Based on a study conducted by researchers in Singapore, individuals who play violent video games tend to handle stress better than their non-game playing counterparts. Additionally, these people are also found to be less hostile after completing a rather stressful task. This led the group of researchers to conclude that playing such games could provide a good boost for mood management.

3. It Reduces Violent Behaviour
Contrary to popular belief, playing video games don’t actually increase violent crimes or tendencies of violent behaviour. In fact, every time a popular violent video game is release, the homicide rate declines. There are a lot of theories surrounding this effect, but what matters is it has been proven that video games lead to fewer violence and crimes.

4. It Improves Socialization Skills
Introverts and individuals with certain medical conditions like autism tend to have a difficult time socializing with other people – and that’s why games like Pokémon Go are developed to help these individuals in breaking through their social barriers. There are also video games that allow people to enter a multiplayer environments with their fellow gamers, providing them with an opportunity to socialize in a more comfortable setting. 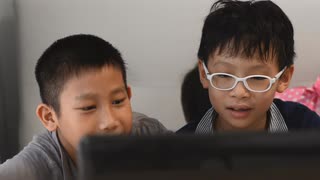 5. It Boosts One’s Cognitive Function
If someone ever tells you that playing video games is a sign of mental laziness or will make you less intelligent, educate them about the facts. Several studies show that video games of all types are capable of strengthening cognitive skills like memory, reason, perception and spatial reasoning. It is even revealed that playing shooter games offer the most cognitive benefits.

Now that science already proved that video games can help you with everything from improving your vision to relieving stress, it’s now time to start playing your favourite games without feeling any guilt.

Posted In Home and Living